Check our continuation of services webpage for updates related to COVID-19.

Newspapers in Print and Online

Searching newspapers in the database directory

For a search of newspaper databases, type newspaper* (including the asterisk) into the search box found at guides.lib.k-state.edu/az.php.

The search results are a mixture of historical and current newspaper contents of varying national and international coverage, depending on the scope of the database. See lists of recommended databases at left.

Some of these databases offer a direct list of the newspapers that they cover. For example, Infotrac Newsstand allows you to browse their list, or use specific newspaper names in their Publication Search: 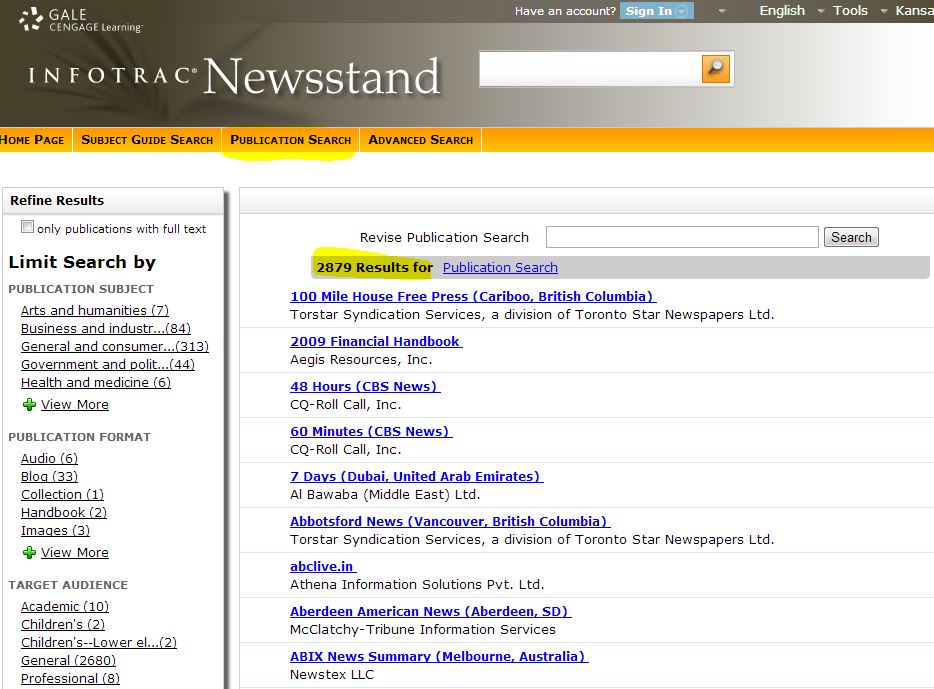 Ethnic and minority newspapers, magazines, and journals from 1990 to present.

An extension of Google News providing free access to scanned archives of newspapers and links to other newspaper archives on the web, both free and paid.

A comprehensive database of the world's major newspapers.

Digitized American newspaper pages from 1836-1922, as well as U.S. Newspaper Directory with newspapers from 1690-present.

Database within ProQuest of New York Times articles from 1851-2012.

Newspaper Database from the Gale NewsVault. Search multiple collections at once.

Archives of the British newspaper, The Times.

Newspaper Database from the Gale NewsVault. Search multiple collections at once.