This guide provides an introduction to using Web of Science, Scopus and other resources to determine journal impact, individual researcher impact, and article impact.

The Altmetric Score and Donut

Altmetric.com, also known simply as Altmetric, is the most well-known altmetrics data service provider, though its name is often confused with altmetrics in general.

When a score is calculated, each source of data, such as a news article or a tweet, has a different weight or volume that contributes to the total score.

Consider this score from Altmetric. The round logo circling the score is known as the Altmetric donut.

The Donut Colors and Their Meanings

There is some research that shows a correlation between Mendeley readership and future citation counts. However, altmetrics is generally considered complementary to traditional, citation-based metrics, or bibliometrics.

Each individual online mention contributes to an Altmetric score, and some mentions are worth more than others. For example, a mention in a major news media outlet would garner a higher score than a mention on Twitter. There is no magic metric, and each score should be analyzed and thoughtfully considered before making a determination of its value and potential impact. 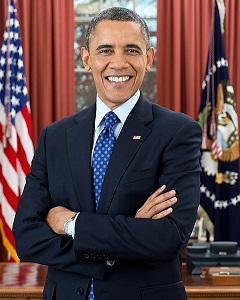 For example, the academic paper concerning the current progress of the United States Health Care Reform by former President Barack Obama received the highest Altmetric score (from Altmetric.com) in 2016. The volume of attention for this article came primarily from Twitter (almost 9,000 tweeters) and had 315 news stories mentioning/citing it.

During the same year, the second highest Altmetric score received far more attention in news stories (619 stories) but far fewer tweets (about 2,600), suggesting there is a great deal of differentiation in the papers' topics and in the public interest surrounding them.

Photo by NEC Corporation of America, CC BY 2.0

In short, the scores are numbers, but the nature of the attention tells a story and lends context to help understand the engagement with research from the public and from other academics. For more information on the highest Altmetric scores from 2016, please see below for the Altmetric Top 100 for 2016.